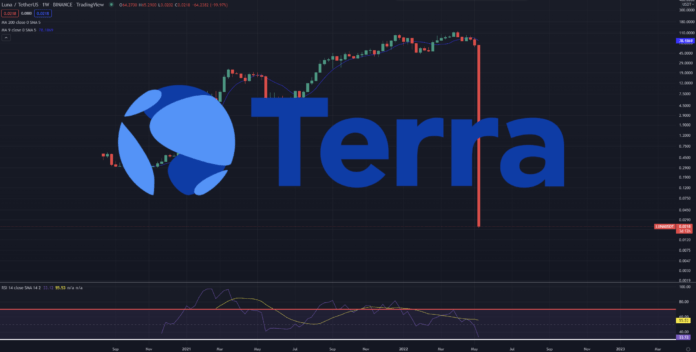 An Update By Terra has been released on Twitter about the current situation on the Terra Ecosystem.

Peg Pressure On UST Is Reducing the Value Of Luna

The ongoing peg pressure on $UST as a result of its existing supply overhang is causing a significant reduction in the value of $LUNA.

The Goal Of Terra Right Now

The major challenge is removing the bad debt from circulation in the UST at a rate that is quick enough to allow the system to regain its previous level of on-chain spread health.

How The Goal Will Be Achieved

Multiple steps are being done in order to achieve this objective as quickly as possible.

To begin, the current version of Prop 1164 will increase the basic pool size and hasten the pace at which UST is burned, which will contribute to the reduction of on-chain spreads.

More Actions Are Being Considered

The complete Agora proposal to burn the remaining UST in the community pool can be seen by following the link.

This proposal also includes the plan to burn the UST that is stored across chains. The polls will open for voting very soon.

More Actions To Be Done

TFL will migrate the remaining 371 million UST that were used as liquidity incentives on Ethereum over the previous few months over to Terra, and then they will burn all of it using the burn module while they wait for the outcome of the governance proposal.

TFL is in the process of determining the most effective way to liquidate the remaining of its United States Treasury holdings. A significant portion of these holdings have been accumulated in recent days in order to absorb the sell-offs of UST in a variety of open markets.

After the execution of the three suggested items mentioned above, the total amount of UST that will be removed from supply will be roughly 1,388,233,195. This represents around 11 percent of the total quantity that is now available.

By eliminating the bad debt in the system with the aforementioned things, it should be possible to help restore the on-chain swap spreads to a level that is relevant, so greatly relieving the peg pressure on UST.

This will also help the process go forward more quickly once the revised proposal for the basic pool has been approved.

The Coti Team is happy to say that the public...
Read more
Previous article
Good News: Do Kwon Finally Addresses The Terra Community Amid UST and Luna Crash
Next article
When is the Ethereum Merge? What we know about it

The UST CollapseThe UST collapse, in which UST lost...