Solanax is probably going to blow up 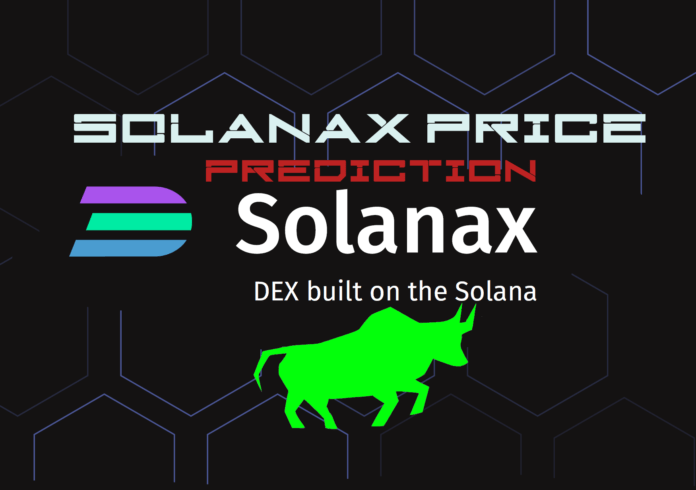 Solanax has been in a downward trend for quite some time, and I’ve been requested to provide a technical analysis of the cryptocurrency.

Laying out the Facts:

In general, Solanax seems to be a promising project.

If, on the other hand, the product is delayed again again, the community and investors are likely to become dissatisfied, which would have a negative influence on the price of Solanax. But, shouldn’t we concentrate on the positive outcome, rather than the negative?

There are a number of elements that influence the laws of the market for any currency, regardless of how well the project does.

The movement of bitcoin and ethereum is the fundamental factor that links the whole cryptocurrency market to their movement.

It is crucial to note at this time that several critical zones have been “converted” from support zones to resistance zones as a result of the negative polarity of the underlying trend.

In September, we reached an All-Time High (ATH) of 0.75 dollars. Since then, the price of solanax has been declining.

Look at the same picture again, but this time with some “lines” added to it. Those lines reflect the former support zones (the top one symbolizes the resistance, and the price never went over that point) and the current resistance zones, with the exception of the bottom one, which represents the current support zone.

In the present circumstances, the 0.05$ line is working as a support for the price. The 0.14, 0.23, and 0.3 values were originally considered support zones; now they will be considered resistance zones.

Personaly, I believe that the price of Solanax will rise as soon as the product debuts as promised and that external variables (such as bitcoin and ethereum prices) are in sync with Solanax’s progress (i.e., they are steady or on the rise).

Take into consideration that unproportional exponential development without any drawbacks is not always desirable since it is not always pure organic healthy growth in the majority of situations. Solanax should test the 0.14 line and use that line as support before continuing its journey back to the 0.23-0.4 zone.

Observing the movement of the currency in relation to the product introduction is really going to be intriguing to watch.

Disclaimer: This is HodlCryptonite’s opinion and is Not Financial Advice.