What is PolkaDot (Dot)? The First Sharded Blockchain 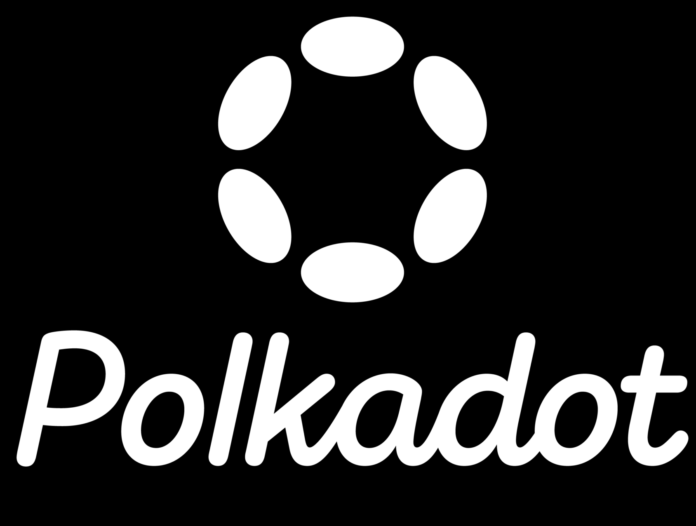 What Is PolkaDot (DOT)?

Polkadot is the world’s first blockchain that has been completely sharded. Polkadot allows specialized blockchains to connect with one another in a trust-free environment. The network is equipped with a sophisticated set of governance tools and is capable of autonomous network updates.

Polkadot’s democracy benefits from the use of the DOT. Bonding the DOT is required in order to develop proposals, to second them, and to vote on them.

TLDR:Polkadot is the world’s first blockchain that has been completely sharded.

In order to facilitate scalability, Polkadot allows specialized blockchains to connect with one another in a safe and trust-free environment.

In order to link and protect distinct blockchains, Polkadot is designed to integrate with a variety of technologies such as public, permissionless networks, private consortium chains, and other Web3 technologies. An internet where separate blockchains may communicate information under shared security assurances is made possible by this technology.

Polkadot is a dynamic network that is built on the concepts of governance and upgradeability as its foundation. The network is equipped with a sophisticated set of governance tools and, by using the WebAssembly standard as a “meta-protocol,” it is capable of doing autonomous network updates. If your demands change, Polkadot can evolve to meet them without the hazards of network splits.

The Polkadot network, which connects these network dots, serves as the basic layer of a decentralized web, in which users have complete sovereignty over their data and are not constrained by trust boundaries inside the network.

The dots of the Polkadot Network:

What can you do with your polkadot?

DOT is the native token of the Polkadot Network, and it is used to pay for services. DOT may be used for a variety of purposes, including transaction fees, staking, governance, the purchasing of a parachain space, and the activation of numerous critical Polkadot features.

A balance of one DOT is the bare minimum necessary to maintain an active account on Polkadot Network. Account reaping occurs if your account balance falls below one dot (DOT). Find out more about Accounts and the necessity for an Existential Deposit.

Participation in crowdloans for parachain slot auctions requires a minimum contribution of 5 DOT, which is the amount necessary to participate.

20 DOT: You may register for an on-chain identification or cast a vote for the council at this point.

120 DOT: You may designate validators and get staking incentives by staking on this network. Find out how to stake your DOT and what it means to be a nominator in this article.

Polkadot’s democracy benefits from the use of the DOT. Bonding the Department of Transportation is required in order to develop proposals, to second them, and to vote on them when they become referendums. Treasury proposal submission is not possible without bonding 100 DOT or 5 percent of the total amount of the sought money. The Department of Transportation may also make it possible for you to participate in projects such as the Thousand Validators Program.

Why choose polkadot over other cryptocurrencies?

When the internet was initially becoming popular in the early 2000s, it consisted mostly of static, read-only web pages that were the most basic of the basic web sites. At the time, the internet linked world represented simply the beginning of the era of virtual data, identities, and other forms of information. During this time period, the internet was referred to as the Web 1.0.

As social media platforms and online companies started to develop, the internet underwent a transformation known as the Web 2.0 phenomenon. It is this improved internet, which we continue to use today, that contains dynamic, interactive web sites, where users may read and write content, as well as post their own for the benefit of others. However, there are several disadvantages to this form of the web, particularly in terms of data ownership, privacy concerns, and the repercussions of trust. This is where the WEB3 enters the scene to help out.

It transforms centralized infrastructure and applications into decentralized, trust-free protocols via the use of the World Wide Web 3. One of the primary goals of this project is to change the internet into a decentralized network in which people have complete control over their data and identities in a trust-free environment. The Web3 movement aspires to eliminate intermediaries and create a trustless architecture by eliminating middlemen.

How does polkadot function?

Unlike traditional networks, the Polkadot network is built on a sharded approach, in which small sections of the network, known as “parachains,” enable transactions to be handled in parallel rather than sequentially. Each parachain in the network has a state transition function that is distinct from the others (STF). Polkadot is equipped with a Relay Chain, which serves as the primary chain of the system. According to Polkadot’s architecture, as long as a chain’s logic can be compiled to Wasm and complies to the Relay Chain API, the chain may join to the Polkadot network as a parachain and communicate with it.

After constructing and submitting block proposals to validators on the Relay Chain (where each block must pass stringent availability and validity tests before being included to the completed chain), the Parachains are removed from the finished chain. In addition, since the Relay Chain provides the security assurances, collators – complete nodes of these parachains – are relieved of any responsibility for security, and hence do not need a powerful incentive structure to perform their functions. Because of this, the whole network is kept up to date with the dozens of transactions that take place each day.

Specifically, in order to interface with chains that want to utilize their own finalization mechanism (for example, Bitcoin), Polkadot offers bridge parachains that provide two-way compatibility, which means that transactions may be completed across various parachains.

Through the use of the Cross-Consensus Messaging Format (XCM), parachains may communicate with one another in a variety of ways. Real interoperability is enabled through the common security and validation logic of the Relay Chain, which creates an environment for trust-free message forwarding and true interoperability.

What are the benefits of using Polkadot?

Polkadot provides a platform for everyone, regardless of whether you’re a blockchain developer or just interested in being a part of the Polkadot community. This wiki provides a space for builders and maintainers to make use of tools, as well as a place for brand-new learners to immerse themselves in instructional content.

What is the Amp Cryptocurrency?AMP is a decentralized cryptocurrency...
Read more
Previous article
What Is OpenSea? The Best NFT MarketPlace in 2022
Next article
India Crypto | India Announces the launch of the Digital Rupee and a 30% tax on crypto